We had joy, we had fun 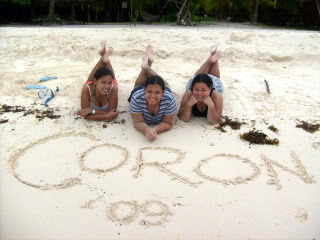 IN HINDSIGHT, I think it's only fitting that I first encountered March through somebody else's story. One of The Company's Alabang pioneers, Erika--Kristine, really, but the name change is an HR story--would sometimes share my late night commutes with me. On one of those nights, she told me about this girl at the next cubicle who had angrily flashed a note at her. "Keep it down!" it said, or something like that.

But that wasn't the first story.

The first story, again from Erika, was about the same girl complaining loudly when she and another one of our batchmates, Donna, had the The Company van, which was already well on its way down C-5, turn around and pick them up at Eastwood. There had been some misunderstanding about the schedule, the passengers were told. They were all tired and eager to get home, I imagine; a minute's delay was a minute too many. "So you think you're that important, huh?" she supposedly said when Erika and Donna boarded the vehicle. Or something like that.

At that time, Alabang's first batch had needed to spend an extra week in Eastwood, because the Northgate Cyberzone office wasn't ready yet. As Bobby and David rushed to sort out the cubicles and the wires and the puppy dog tails, we had our schedules blocked off. Since we all had been expecting to be working in Alabang by then and none of us really found the prospect of working in Libis appealing, Bobby offered to have the van bring us from Alabang to Eastwood and back.

I also remember Bobby telling us that some girl named March had already given up her rented room, and, thus, the extra consideration.

"What a bitch!" I must have told Erika. Or, "What a bully!" Then I confessed I didn't know who March was and asked her to point her to me. And one night, Erika did. She walked past me, made a signal and I finally, for the first time, really see March--

--the "bully" who would eventually:

A. Ply me with much-needed alcohol at the end of my shift
B. Give me generous helpings of seafood pasta
C. Nag me for weeks into filing a week-long vacation leave
D. Book me a flight to God-knows-where using her own credit card
E. Make me fall in love with the concept of traveling without a plan
F. Be the only person who could force me to sing videoke
G. Mark me with the dance steps to Charlene's I've Never Been to Me
H. Go with me to visit Tita Cory
I. Tempt me to buy a Nintendo Wii, even if she mercilessly beat me at every game we played
J. Teach me to just say YES, in the name of adventure
K. And show me that her toughness is easily surpassed by her capacity to love.

While I'm not really a dull person to begin with, often, it still takes a "bully" like Marchie to bulldoze me into saying yes to the most fun side of me.

Months after we first really talked, we would laugh at how she and Erika eventually became friends. In fact, if I'm not mistaken, she was the last person in Alabang who saw Erika off when Erika decided to make a run for the sky.

Story has it that she offered to sketch March nude.

A story I heard from Marchie.

My thought bubble kept going, "Did you know that that mall you frequent used to be a cemetery? TRUE STORY, asshole!"

But I bit my tongue, and I thanked God for Donna, who sat at the guy's other side. Together, or so I would like to remember, we patiently, politely explained some of our country's realities to the foreigner, unaware that some of our other batchmates already knew of his not-so-secret passions, having been his co-workers at the Korean English training center from which he was fired.

He was eventually fired (again) and Donna would eventually go on the same journey I was going through when we met. Invited by her friend who was invited by my friend, she took the same OCCI personal leadership seminars I was taking when The Company hired me in 2007.

We speak the same happy language. When I talk about wanting to be the greatest version of the grandest vision I can have of myself, she immediately understands. Best of all, she doesn't scoff at the happy-happy-joy-joyness of it. This is why she can tell if I truly need a hug.

My friendship with Donna is often shaped like a triangle, my favorite point being our shared learner, Bruno, who spends his free time poring through a French-English dictionary, watching indie films at the small theater across the street and translating poetry by Jacques Prévert, if he's not doing--what's that word again?--bricolage.

Last week, Bruno told me he suspects Donna is not really going back to school, but is starting a business from his idea of a breakfast of bread and butter and chocolate. "She has to pay me royalties," he joked with a tinge of sadness. I thought it beautiful that we were both sad.

Another point I share with Donna--and now, with Marchie--is a learner I will call Remi. (Ha-ha). Through my non-stop giggles and laughter, she would be able to tell I was having a lesson with him, and she'd tell me so on Google Talk. "You're talking to that learner Remi again, right?"

When I moved to Eastwood, I told Remi to try to schedule a lesson with Donna. But luck, if you believe in that, would bring him my favorite bully Marchie.

And the rest, as is often the case, is "loevly" Marchie's story.

IT HITS HARDER that Marchie and Donna are leaving The Company on the same day. But in the three years I've become friends with them, I'd learned to associate one with the other.

THIS JUST GOES TO SHOW that you may or may not learn to love Any Company, but it's really the company that gets you.

IN HINDSIGHT, there couldn't have been a better time for them to leave, though, as they're both going on an adventure I find myself wishing I'd signed up for much, much earlier.

In my heart of hearts, as I sit here in front of my computer, still (yes, positively) making a living one blinking cursor at a time, I'm actually backpacking with you.

Thanks for the drinks, the laughter, the love, the songs, that lobster and the shrimp.