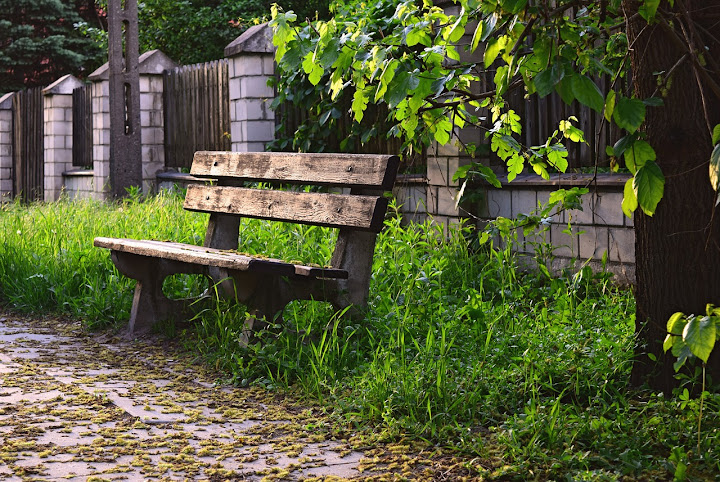 My best friends, Sherwil, Emily, Ruth, and I were going to Shangri-La Plaza from SM Megamall. Ruth was back in the country and needed to do some shopping for friends and family in Canada. For some reason, we were advised to take a provincial bus since it was going to pass by Shangri-La anyway, and, also for some reason, we thought it was a good idea.

On the way to the bus station, we happened upon a residential building that had been used as a location for an elaborate wedding-themed photo and video shoot featuring Judy Ann Santos and an older glamorous actress. A preview flashed in my head: the shots were of them as innocent brides and young housewives. In one scene, Judy Ann was creating an elegant table setting. In another, she was preparing a beautiful meal for her husband.

The crew had finished packing up, but the shoot's creative director was still wrapping up business with the owner of the building. I realized I knew the director; we had been really good friends once upon a time. I went over to say hi, and we ended up talking about her recent wedding. She wasn't a happy bride, she said, because her husband was based abroad and she didn't feel married at all. She showed me her ring, which she wore on a silver chain around her neck. I wondered aloud if the marriage hadn't worked out, if the relationship was over, and she looked at me like I had misunderstood, that I couldn't possibly understand.

Then she led me to a plant at the corner of the building. It was a "wish for love" plant, a sign said, and to wish for love, you had to pick one leaf and say a few lines that were about sending a message to your one true love, for him to be ready, for him to come and find you. Then you had to arrange the leaf on the ground to resemble an angel, at least in your mind.

My old friend grabbed a clump of leaves and proceeded to arrange them to look like an angel, and when she whipped out a paintbrush and some paints to use on the leaves, I was extremely bothered she wasn't following what the sign said to the letter. I wanted to say something, but my other friends had also started picking leaves and making their own angels (again not following the instructions)! Then I thought I wanted a picture of my own angel leaf on Instagram, so I picked a leaf and, to be safe, said the words. Then I picked another to complete my angel wings, which I thought would count as another round.

My friends' angels had dresses and halos. I was going for a more simple cherub when another old friend appeared from nowhere and borrowed my two leaves to form a dress for her own angel. "You're giving those back to me, right?" I asked, and she said, "Of course." I figured I was going for a cherub anyway, so what I really needed to work hard on was the face. I looked around and found some abandoned calamansi at a nearby table. I squeezed out some seeds for my cherub's eyes.

Soon it was time to go and after a short walk (and a fun high school reunion that had us eating caramel popcorn and ice cream!), we arrived at the provincial bus station. I asked a guard how to get tickets, and he said to go straight and turn right. At the point where we had to turn right, we discovered he had meant to turn left because there was a metal barricade in the way.

Wanting to be funny, I made as if I was still turning right, pushing against the barricade. My friends weren't amused, but a handsome man with a sexy smile at the other side of the barricade laughed in approval. He looked familiar. British, I thought to myself, that guy's British.

Giggling like schoolgirls about the British guy, we turned left, got tickets, and bumped into an old friend of Ruth's. He was a musician from somewhere North (Ilocos, maybe, or Cagayan), and he had had a meeting in Manila so he was in the capital just for the day. I had a flashback of his meeting: early morning coffee at Starbucks with his former music teacher, a paying gig as part of a wedding orchestra.

Ruth updated the guy on her life in Canada, and he told her about his life in Northern Luzon. "He's cute," I told Ruth after they said goodbye. She said, "Yes, and happily married."

We had to wait for the bus to come, so we hung out near a window. Ruth looked outside and said, "Hey, I can see Shangri-La from here! What are we taking the bus for? Let's walk!" But by then I had seen this guy I liked years ago, one of my favorite crushes, and he was also waiting to get on the same bus. He was alone, looking bored, and when we locked eyes, he seemed to recognize me but wasn't sure. It was the first time we were seeing each other in over a decade.

"Are we going on the bus?" I asked my friends, more a hint than a question. Before they could answer, the bus arrived and hundreds of North Luzon-bound people started clamoring to get a seat.

"I guess we're missing the bus then," I sighed. I thought of my old crush riding away from me, never again to be seen until maybe another full decade later.

"Let's just walk," Ruth said. I nodded, since the others needed to get on the bus more than we did.

As we were leaving, I looked back and saw that my old crush hadn't gotten on the bus either. He was still waiting, looking bored.

I didn't feel like saying hi, but I was relieved he hadn't left, as if both of us missing the same bus meant we were, as far as life was concerned, still available for each other to rediscover some other time.

When I woke up, I instantly knew who the British guy was: Alfie Evan Allen, who plays Theon Greyjoy in HBO's Game of Thrones.