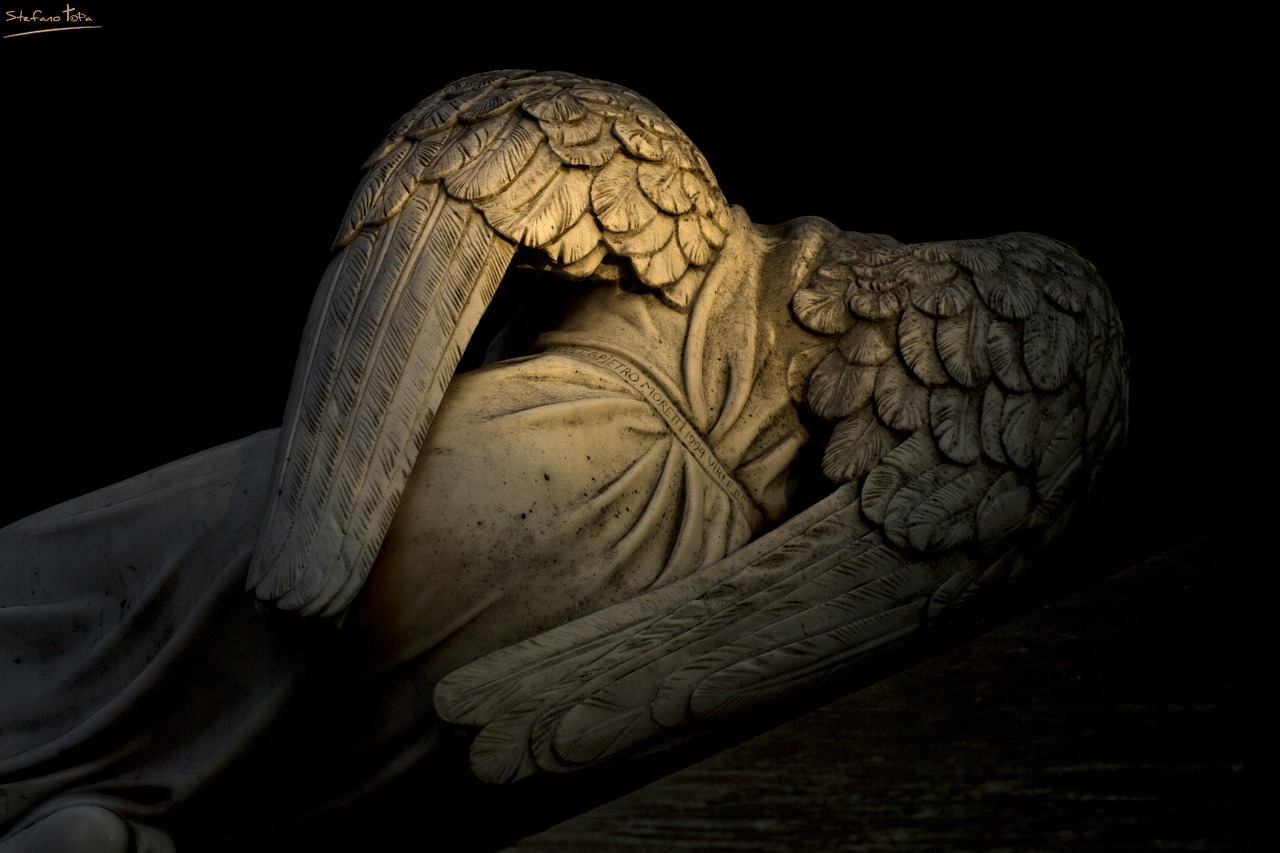 I dreamed that I was being pursued by two male human-looking creatures with charcoal angel wings. They were younger than me, maybe in their mid-twenties. They couldn't enter the two-story house I was living in without an invitation, and I'd see their faces peering into windows or their arms reaching through cracks in whatever room I was in. Sometimes, I'd see only their shadows.

They freaked everyone out, but for me they weren't as frightening as they were bothersome, especially when I needed privacy. I couldn't sleep when I could see a face watching me from my window, even in the dark.

One day, fed up, I ignored the warnings of people and stepped out to try to talk to one of them. I wasn't all that brave, so I stood in the doorway, leaving the door half open. "What do you want?" I called out to the dark-haired one. He was older than the other one and had a face I'd never seen before.

He descended, and as he did his wings disappeared and he formed legs. "I just want to get to know you better," he said.

"So what do you want from me?"

The other creature approached us, his wings disappearing and legs appearing as well. He had a familiar, friendlier face. "I want to hang out, too," he said. "But not with him around!" He pointed at the other creature, who replied with a scowl.

"Hey, don't fight," I said (and my dreaming self giggled).

So I hung out with them both, liking the dark-haired one for his brooding personality and liking the friendly one more for his humor and candor. I still didn't let them in the house, but I talked them out of looking into windows and taught them to just wait for me outside.

One day, I was talking to the friendly one. I found myself leaning against him, laughing over a joke he'd said. I stood up to walk to my house.
He stayed seated, smiling.

"Did you want to come inside?" I asked, fully aware of all the risks.

He was still seated as I walked away, the invitation still open. As I woke up, I was thinking, "Can I really do this interspecies cougar thing?"