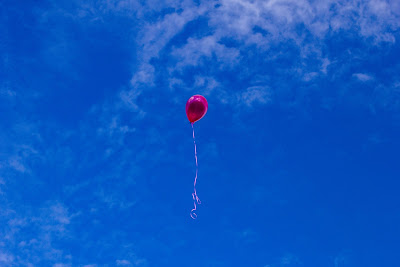 I watched the last full show of IT (2017) last night. I'll write an entry on it later, but first this.

This is the nightmare I had after watching IT.

I dreamt that I had grabbed a cute blue-eyed white kitten through the window of a car stuck in EDSA traffic.

I was walking on the sidewalk when I saw the kitten, a family pet, about to get crushed by a reclining seat, so I reached into the car and pulled it to safety, fully intending to give it back immediately.

I knew the driver, and I had been seeing pictures of her five-year-old son and the kitten named Brutus on Instagram. She mouthed a "thank you" and reached out for the kitten, but as I tried to hand it over, the traffic lightened. I half ran beside the car, hoping to toss the kitten back in.

"Stop for a few seconds," I said to the driver. But she didn't, or couldn't, and soon she had to drive faster up the Ortigas flyover. She sped away in her BMW, leaving me standing on the sidewalk with Brutus.

I played with him a little. He liked being babied, so I cradled him in my arms and rubbed his tummy. But on the way home, I had to put him in a small cloth pouch with a plastic cover and a zipper. He went in without complaining and promptly fell asleep.

I expected a call from Brutus' family. Two days later, still no call.

Why wasn't she calling?

Also two days later, while talking to my friends, I suddenly wondered where Brutus was and realized I had forgotten to take him out of the pouch. I ran to my room.

Heart pounding, I picked up the pouch from my desk. There was no movement. When I opened it, out came the dead kitten, stiff and dry, hair still fluffy but body a bit flat. A tiny leg fell off. There was no blood, only a deflation.

I was horrified. I had no idea how to tell my friend I had killed her beloved pet! I could say he just died of natural causes, I thought to myself. Or maybe I could just say he ran away. But maybe her son needed to see little Brutus' body for a proper goodbye.

I put the tiny corpse in a shoebox, still not knowing what to say.

And why hadn't she called?

I went back to my friends, silent about my accidental murder. They were talking happily about their babies.

One of them looked up at me and asked, "So, how's my baby? Did he behave?"

I had no idea what she was talking about.

Why was she asking me about her baby?

I woke up when I was starting to remember.