On growing up without water 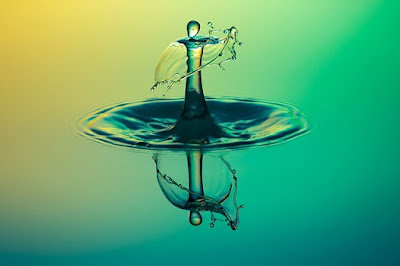 A few afternoons ago, I struck up a conversation with a woman who was waiting her turn at the couturier. The dogs--the shop was also a home--had gotten bored with me and had left to sleep under the remains of the sun, and since I was there only to keep my mother company, I decided to talk to the woman while my mother and the couturier settled on a design for her mother-of-the-groom gown.

It turned out that the woman and I lived in the same subdivision, and after I shared with her some of my concerns about cleanliness and security in our neighborhood, she suggested that I run for our street council.

I smiled and said I would consider it, but to be honest, my first reaction was: Let the adults handle it.

Then, I remembered that childhood was a million years ago. I have been, for many years now, a person younger people turn to in a room.

I've been reminded of my childhood a lot lately. It's almost funny what the triggers are, if they weren't actually tragic. Like the water crisis experienced by some parts of the city recently, for example.

Water shortage was very much part of my growing up years. I think I was already in college when our area finally got reliable water supply--and by reliable, I don't mean 24/7. More like 12/7.

For years, on the days we had any supply at all, water just flowed out of a single faucet in our house, the one outdoors and closest to the main line, because water pressure was that low.

For much of the 1980s, we'd save water in pitchers and jugs for drinking and pails and metal drums for everything else during the hours that it was flowing. Bathing or doing any other business in the bathroom often entailed fetching a pail of water outside.

When we were younger, we had helpers who did that for us, but when we were older, we had to manage by ourselves. Imagine doing that daily, for three children and an adult, before the school bus came to pick us up at six o'clock.

Eventually, my father engineered a makeshift water storage system in our backyard that made it easier to collect water. It still didn't go inside the house, but at least we had sufficient supply, even if sometimes the water wasn't very clean and the metals drums were soon encrusted in rust.

A few years later, we had a booster pump and a proper water tank installed, and finally water ran inside the house again. The first time water flowed through the dry pipes, it came out dark brown with rust and dirt accumulated through the years.

I still remember how the bathroom came alive with this brown water, the toilet bowl's water closet hissing and gurgling and the shower head coming out of early retirement with a spurt and a splatter and finally with a rain of what first looked liked mud and eventually was water, glorious clean water.

To this day, I feel grateful I get to wash the dishes and take a long shower.

While looking at recent pictures of people desperately lining up with their buckets for water from different sources, including  a condominium pool, I felt some of the trauma of extended periods what was essentially drought resurfacing.

Where are the adults in the room? I found myself asking, before I remembered childhood was a million years ago.