What Agapito Flores gave to me 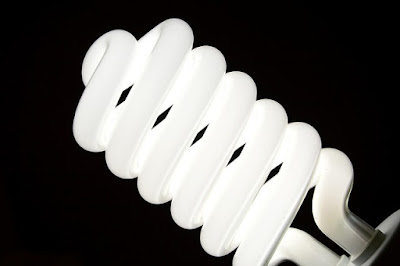 Fluorescence, like some other names for the phenomena of light, is one of my favorite words. I love that it sounds like the Spanish word for flower and it brings to mind an image of light in full bloom. "Which we perceive with our sense of sight," I would add when I was a child as a sort of fun mnemonic, tickled by my own wit.
Like many from my generation, I grew up being taught about Filipino inventions. There was Agapito Flores and the moon buggy and, strangely, of all things, the rubber toilet plunger.
In Grade 5, a teacher called on me to answer what I felt was a very difficult question. Which of the following Filipino inventions, she asked, proved that Filipinos were a technologically advanced people? The fluorescent light, the moon buggy, the toilet plunger, the first two, or all of the above?
How was I to know that in my teacher's opinion the understanding of modern plumbing and the application of suction and pressure did not constitute being technologically advanced? Hadn't I spent so many moments in different bathrooms marveling at how the toilet bowl worked?
She laughed at my answer--the rest of the class laughing with her--and asked for an explanation so they could laugh some more. But I could not give one, because the class was in Filipino and until Grade 4 we were speaking Cebuano at home. I was already fluent in the Tagalog my cousins and playmates spoke, but in school there was this style of affected Filipino being spoken by our teachers and I could never, up to now, speak it.
After that incident, I spent a couple of weeks downgrading my view of the precious but apparently non-technologically advanced toilet plunger, and even now, when I see one, I am reminded of that moment in class although I have long forgotten the teacher.
Looking back now, what I also learned then was the difference between questions of fact and questions of opinion and how it makes people feel when you confuse the two, so maybe it was not all that bad.
But oh, Agapito Flores! Discovering the lie about him was also discovering the beauty of language and logic. Shortly after being taught about Agapito Flores, I encountered the word fluorescence, probably in Reader's Digest or maybe when reading about rocks in the encyclopedia, and then looked it up in the dictionary.
We had been taught that Agapito Flores was an electrical engineer who invented the fluorescent lamp in the 1920s and then sold all his rights to his invention to General Electric, who developed it further and still named it after him anyway.
But the etymology, the origin story, of the word fluorescence quickly told me otherwise: It was coined in the 1850s, from flour-spar, a mineral which, yes, fluoresces. Another thing that fluoresces? The fluorescent lamp. There was no mention of Agapito Flores at all!
If the fluorescent lamp was named after this phenomenon, where was Agapito Flores in all this? Nowhere!
My little world crumbled with the embarrassment of this lie being spread by books and teachers, even in--gasp!--respectable learning institutions. But as quickly as my world crumbled, it also rebuilt itself into something better.
My brain had always felt dim in school, mostly because in my early years I struggled with language, but I had always suspected there was a spark of intelligence there that could be set alight. And Agapito Flores, whoever and wherever he was, real or not, helped me realize that I was right.
There are people who would laugh at you for thinking differently than others, and often these are people who are dumb precisely because they think they are already smart. Sometimes, these people are placed in positions of influence over you and they can teach you the wrong things, directly or indirectly.
But I learned in the same moment I learned about the lie that is Agapito Flores that there was a response to that: I could learn on my own through my own learning paths, no matter how meandering. Outside of school, there were books and other teachers and other sources of learning. And then there was me who was capable of making sense of things, after all.
This knowledge bloomed in my mind, and has, since then, stayed bright because it was I myself who switched on the light. If there is anything I can remotely attribute to Agapito Flores, it is that.